A Review of State Use of Cell Phones, Pagers, and Satellite Phones
June 2008

Members of the General Assembly requested the Legislative Audit Council to conduct an audit of state agencies’ use of cell phones and other wireless communication devices. We reviewed whether agencies had policies and procedures to ensure that cell phones and other devices are used in an efficient manner and reviewed the adequacy of agency internal controls over these devices. 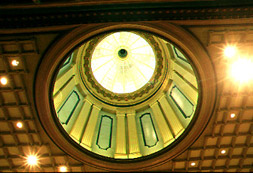