On June 15, 2016, the Legislative Audit Council was presented an NSAA Excellence in Accountability Award at a ceremony during the National State Auditor's Association (NSAA) Annual Conference in Beaver Creek, Colorado. The Legislative Audit Council received the award for its audit A Review of Child Welfare Services at the Department of Social Services published in October 2014. The audit found: inadequate caseworker qualifications, training, and pay; excessive caseloads; inadequate screenings, investigations, and out-of-home placements; and unreliable child fatality data.

The nominations were judged by other state auditors across the country and were evaluated on a number of criteria, including the audit's impact on state government, its use of innovation and the actions that resulted from the audit findings.

The NSAA is part of the National Association of State Auditors, Comptrollers and Treasurers (NASACT) whose mission is to assist state leaders to enhance and promote effective and efficient management of governmental resources.

The Legislative Audit Council's entry for the award is available here. 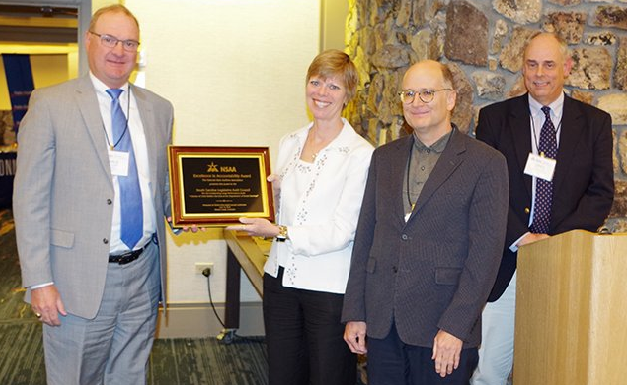